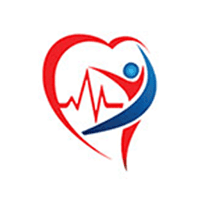 When your heart beats too slowly to meet your body’s physical requirements, a pacemaker may be your best treatment option. The specialists at Premier Cardiology Consultants are leaders in successful pacemaker placement. With locations in New Hyde Park on Long Island, and Forest Hills, Rochdale, Jamaica, and Richmond Hill in Queens, New York, they’re also committed to providing convenient, cutting-edge cardiac care delivered in a patient-centered environment. Call the office today to schedule an appointment or book your visit online.

What is a pacemaker?

A pacemaker is a small device that’s implanted just under your skin and connected to your heart region by electrical leads.

What symptoms would indicate I need a pacemaker?

A pacemaker may help with symptoms such as:

A pacemaker can effectively increase your ability to function normally and even add years to your life expectancy.

What conditions would cause me to need a pacemaker?

Pacemakers are sometimes recommended to overcome damages caused by heart disease and heart failure. When conservative measures such as medication don’t help with your symptoms, a pacemaker may be your best and most effective treatment option.

The most common reason for pacemaker placement is to overcome problems associated with sick sinus syndrome.

This condition affects the region of your heart that starts the beat for your heart’s rhythm and rate. For some individuals, sick sinus creates a slow heartbeat that’s corrected by a pacemaker.

Sometimes sick sinus syndrome leads to an arrhythmia known as atrial fibrillation. In that case, your Premier Cardiology Consultants specialist may recommend another implantable device — the WATCHMAN™ — to prevent blood clots from forming in a small chamber at the top of the heart (left atrial appendage). These blood clots are often the cause of strokes.

What happens during a pacemaker placement?

You can expect your physician to discuss the procedure in detail before it’s scheduled. In general, however, the procedure takes less than an hour and is performed in the electrophysiology lab.

You can expect to spend a night in the hospital for monitoring and antibiotic treatment. After discharge, you’ll follow up with your cardiologist 2-3 times a year for monitoring of the pacemaker.

If you’re struggling with abnormal heart rhythms that haven’t responded to treatment, schedule a visit at Premier Cardiology Consultants for a consultation regarding pacemaker placement. Call or book online.